Prague boasts some of the most picturesque architectural landmarks in Europe. Here you'll find the sprawling Prague Castle, the bustling Charles Bridge, the famous Astronomical Clock in the Old Town, and the quirky, art nouveau Dancing House. Prague is also famous for its abundance of tasty beers, pubs and beer halls. When you're not sipping on a Pilsner, make time for cultural events; operas and symphonies attract large crowds and can be very affordable.

Old Town Square is a popular spot in Prague, with travelers flocking here in droves for its beautiful architecture, colorful history and vibrant atmosphere. The square hasn't changed much since it was established in the 12th century when it functioned as the city's original marketplace. 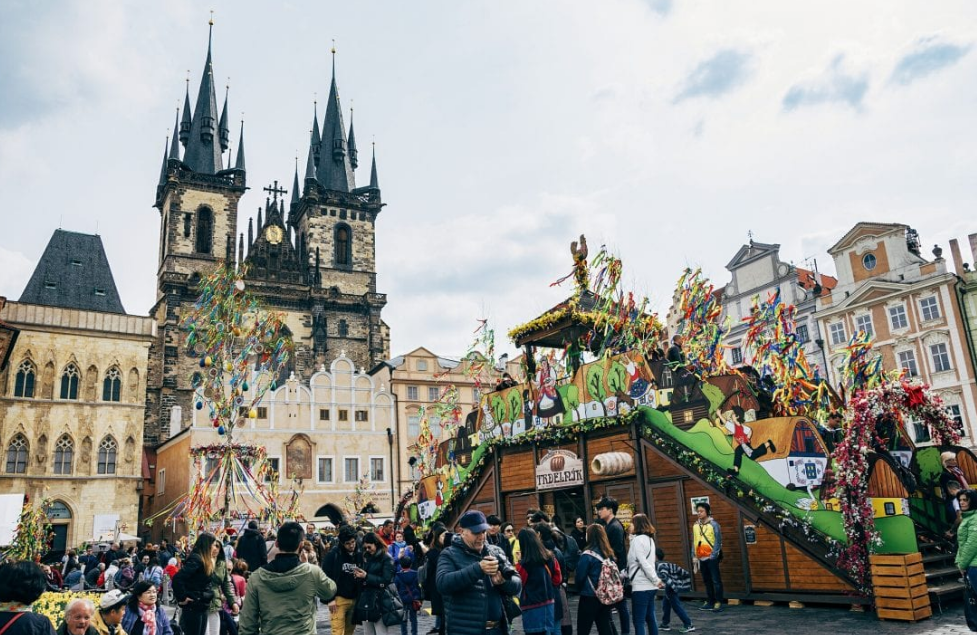 The Charles Bridge connects Old Town (Staré Mesto) and Lesser Town (Malá Strana). Visitors come here to soak up the atmosphere, buy souvenirs and to take in the 30 saint statues that line the bridge. Dating back to 1357, the statues were crafted between 1683 to 1928 to honor numerous saints. 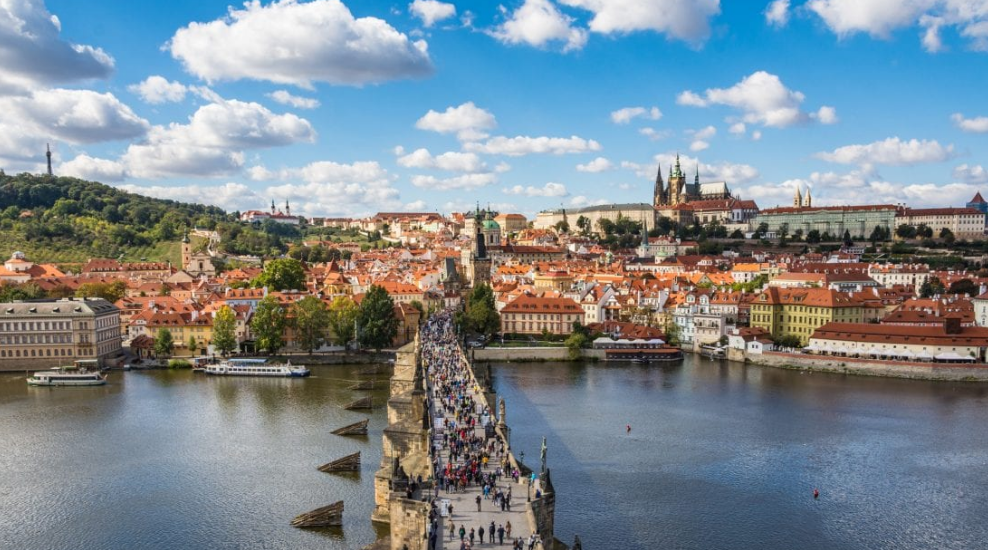 Holding the record for the largest coherent castle complex in the world, Prague Castle serves double duty as the office of the Czech president and a popular tourist destination. The complex where it stands is also home to several other attractions. 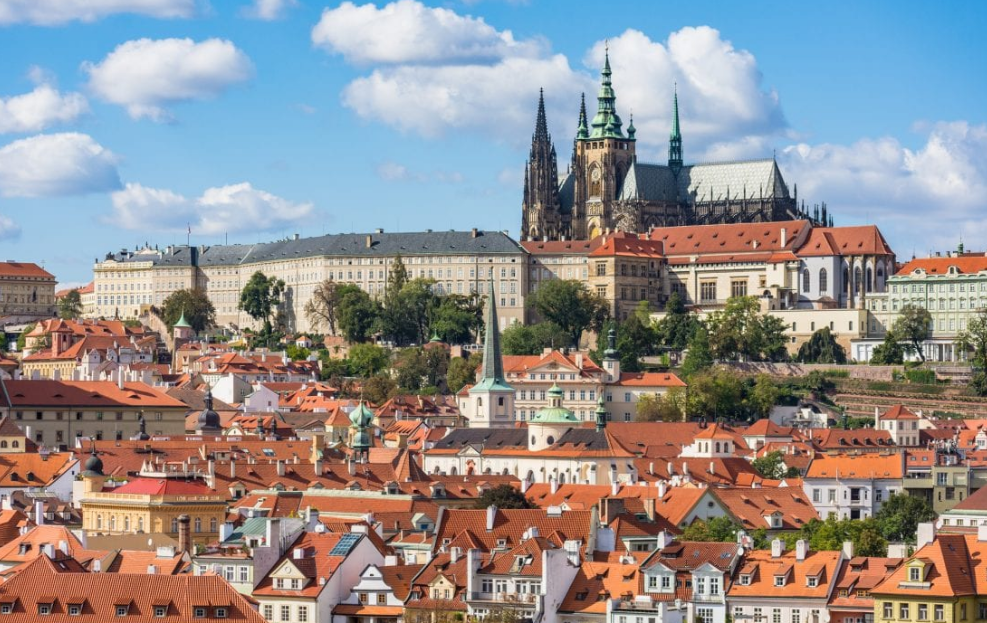 For a breath of fresh air and a chance to exercise your legs, head to Petrín Hill, one of the largest green spaces in the city. Attractions here include the Rose Garden, or rosarium, at the top of the hill, Nebozízek Garden, the Mirror Maze (a labyrinth), and the Seminary Garden, which boasts more than 2,100 fruit trees. The area has been in use since at least since the 12th century, serving as an execution site, vineyards and farming lands through the centuries. 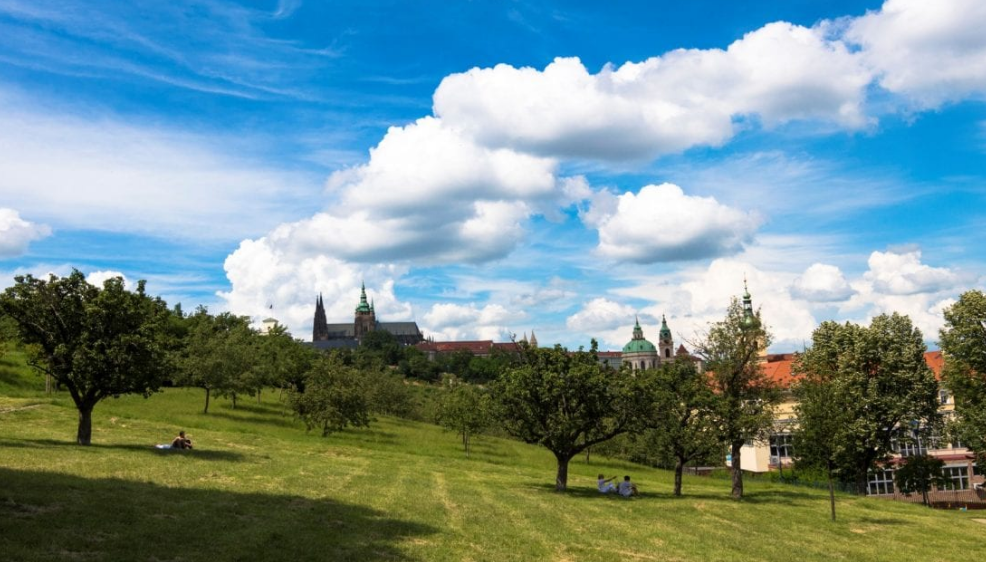 While the site of St. Vitus Cathedral dates back to about A.D. 925, the church that stands today is actually the third in honor of Saint Vitus (the patron saint of dancers, actors, comedians and epileptics). Consecrated in 1929, the cathedral features neo-Gothic stylings alongside Renaissance and baroque details. 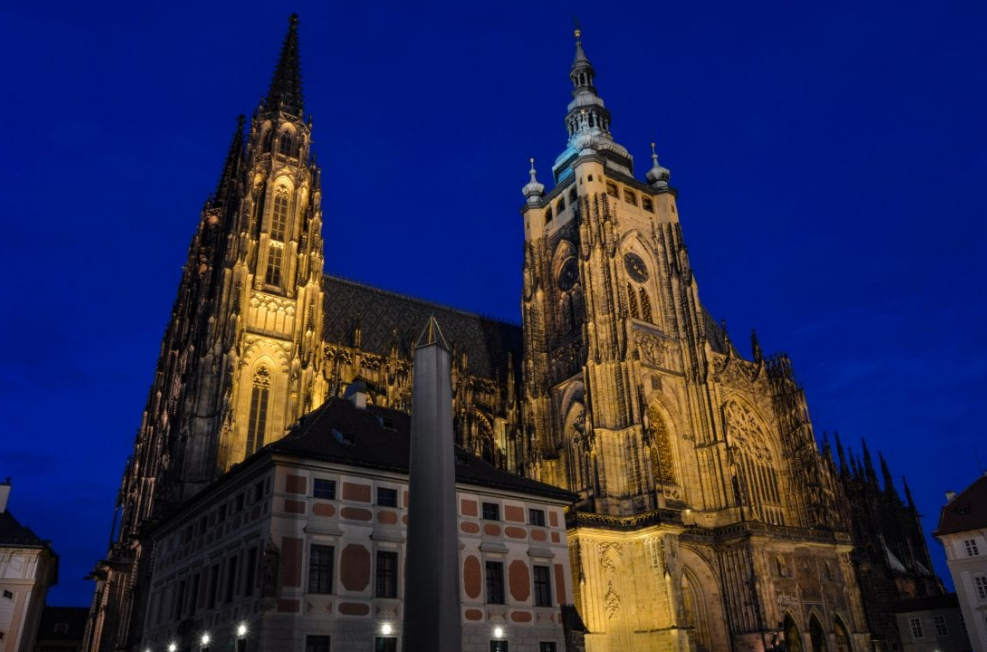 History buffs will appreciate the tumultuous and critical role Wenceslas Square (Václavské náměstí) has played over the last century. Named after the patron saint of Bohemia, Saint Wenceslas, the square is part of Prague’s New Town (Nové Město) and is a recognized World Heritage Site. 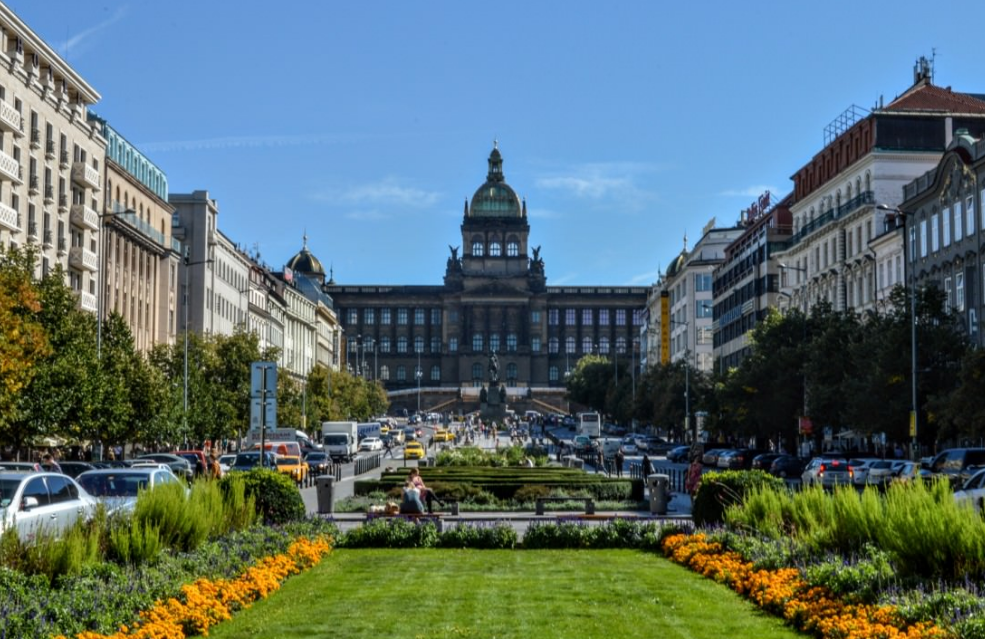 Josefov, Prague's historic Jewish Quarter, is home to several significant sites, including a number of important synagogues like the Spanish Synagogue and the Old New Synagogue, Europe's oldest active synagogue. The Old Jewish Cemetery is a sight to behold. The oldest surviving cemetery of its kind, there are 12,000 visible graves and countless more underneath. With space at a premium, it became necessary for graves to be placed on top of each other, as many as 12 layers deep. 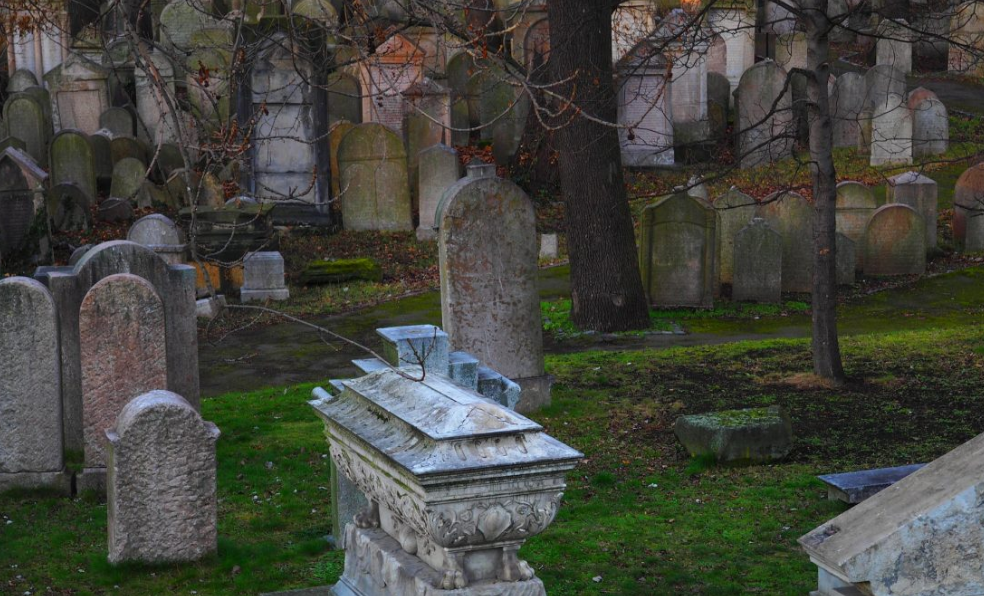 Often referred to as Fred and Ginger, the Dancing House (Tančící dům) is one of Prague’s most photographed attractions. Designed in 1992 and completed in 1996, the riverfront building is one of Prague’s first examples of modern architecture. 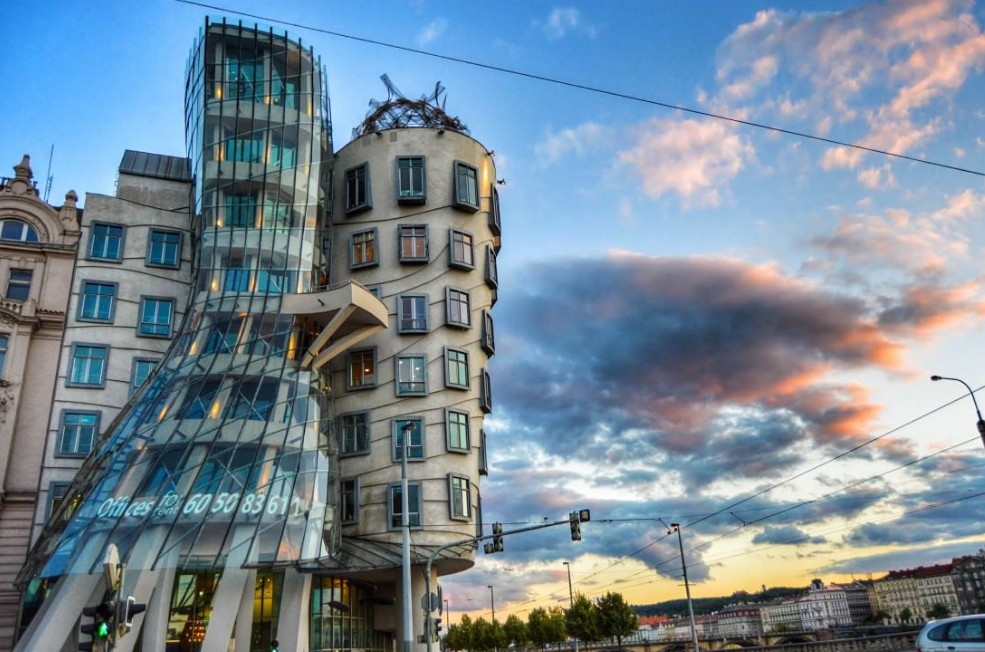 Just steps away from Prague Castle is the 12th-century Strahov Monastery. The sprawling complex contains the church of the Assumption of the Blessed Virgin Mary and the Strahov Library, which houses a large number of medieval manuscripts, maps, and globes. 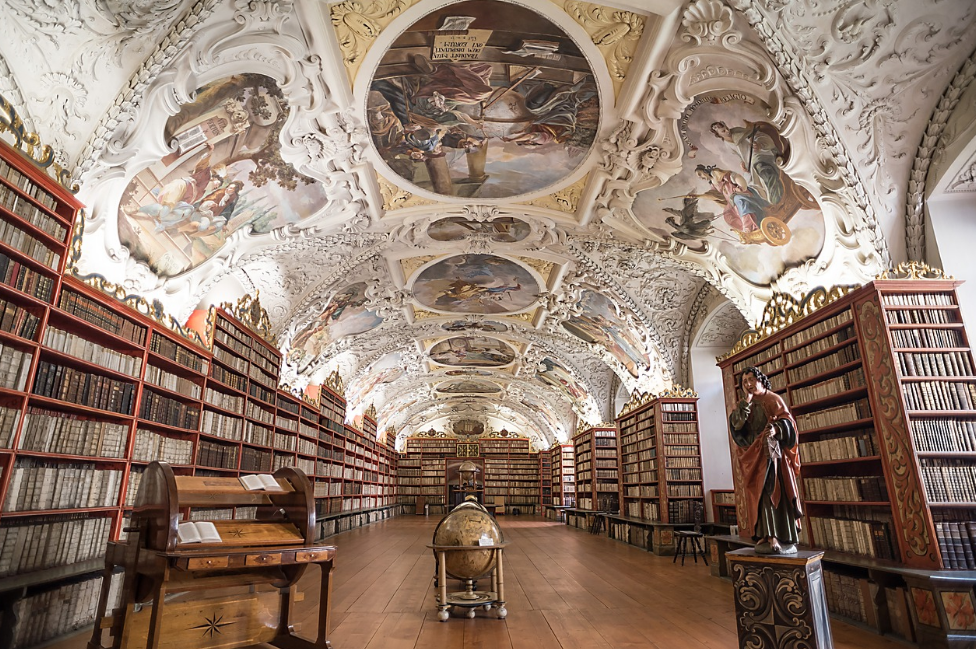 Prague is full of beautiful, spacious city parks and squares, but not many can compare to the magic of Namesti Miru. Located just outside of the city center, Namesti Miru, or “Peace Square”, is the beating heart of Prague’s popular Vinohrady District. 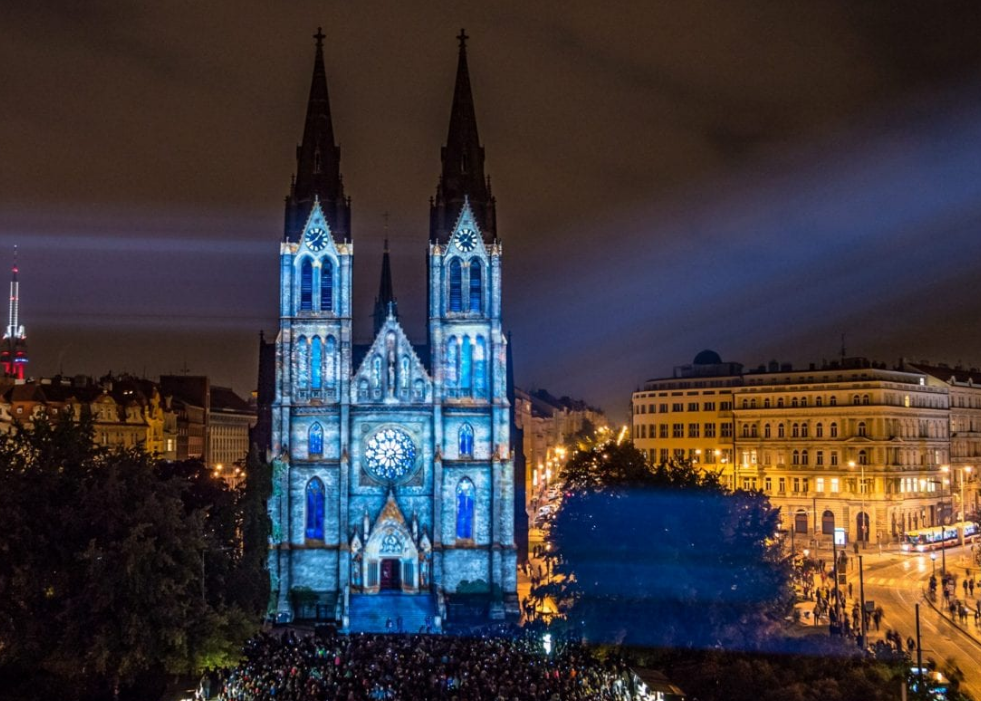